Meet the developers, discuss the hardware, and see what games are currently in development at the first public showing for the Next team since the launch of the new graphics modes for the Spectrum Next!

Available to play will be (what we think is) a perfect home port of the Konami’s famous Scramble game, showing off how powerful these new modes are, and an exclusive first look at the amazing Jinxter, The Pawn, & The Guild of Thieves adventure games originally released by Magnetic Scrolls.

This is also your chance to meet the devs to discuss & see the other some other exciting ports happening on the Next right now including work on Mike Dailly’s Super Crate Box and Kev Brady’s Melkhior’s Mansion – the newly named Atic Atac port that also looks pixel perfect!

We’re not sure there’s been such a large collection of Next’s in once place since they left the factory, so this is easily your best chances to get your hands on one before the rest hopefully arrive this summer...

You'll be able to find the team over in the indie zone, and you can find the full list of playable titles here. 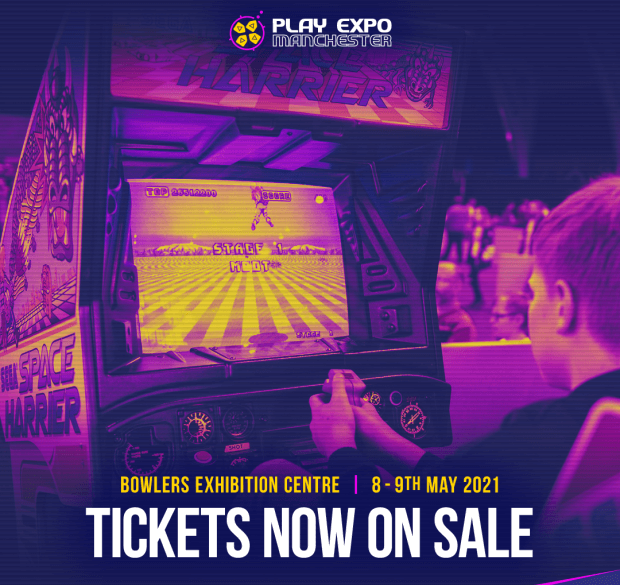 Tickets are now on sale for PLAY Expo Manchester 2021.  All tickets that have not been refunded for our postponed 2020 expo have now been...
Read More

A statement regarding PLAY Expo Manchester 2020 and the Covid19 outbreak. Over the past week we have been monitoring the governments' response to the...
Read More
More News >